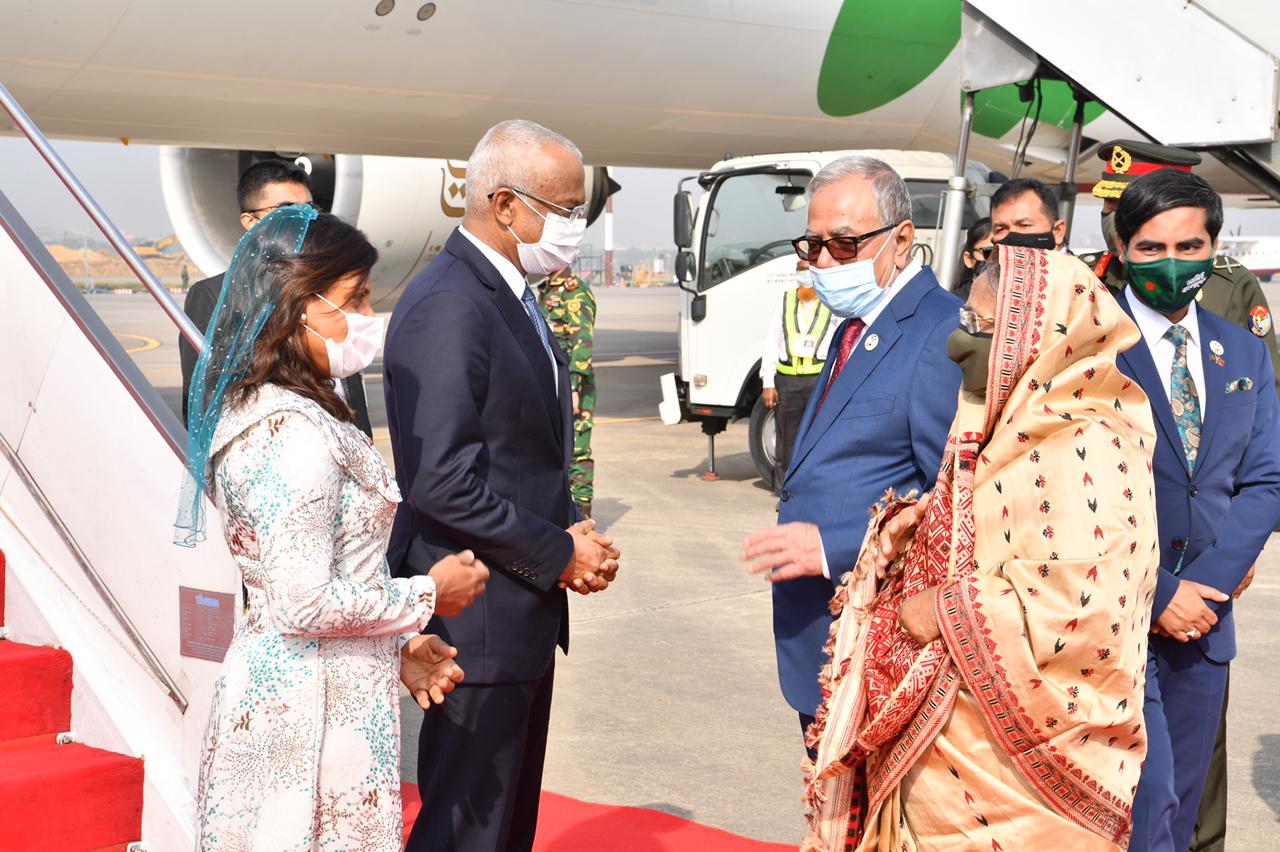 A 21-gun salute marked their arrival, followed by the national anthems of both countries. President Solih inspected a guard of honour before being introduced to senior members of the Bangladeshi government.

In Dhaka, President Solih is to attend a ceremony commemorating the ‘Birth Centenary of Bangabandhu Sheikh Mujibur Rahman.’ He is also set to call upon Her Excellency Sheikh Hasina, the Prime Minister of Bangladesh, followed by meetings with other senior officials of the Bangladeshi government. Discussions would focus on ways of further strengthening bilateral relations between the two countries. During the visit, President Solih is also set to meet the Maldivian community residing in Bangladesh.

The Maldives established diplomatic relations with Bangladesh on September 22, 1978. Bangladesh had since been an important development partner for the Maldives, especially in human development. In 2020, to assist the Maldives in combatting the spread of Covid-19, the Bangladeshi government sent two consignments in grant aid; 100 metric tonnes of commodities, medicines, and protective equipment, among others, followed by nine metric tonnes of food, medicine and PPE. Teams of health professionals from the Bangladesh Armed Forces were also on the ground in 2020, assisting in the efforts, followed by a second team which arrived on March 3, 2021, to help in the nationwide “Covid-19 Dhifaau” inoculation drive. 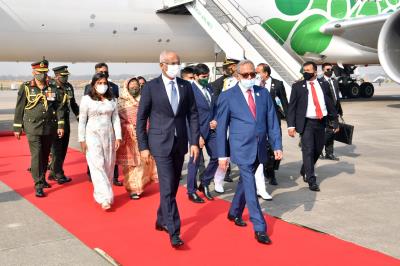 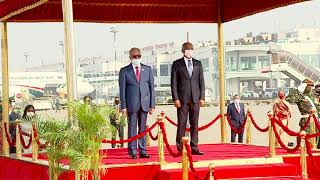